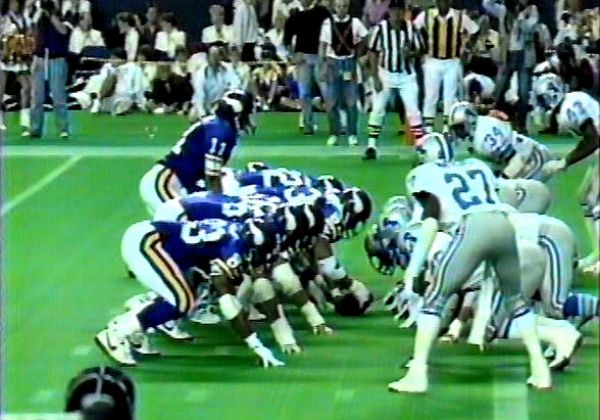 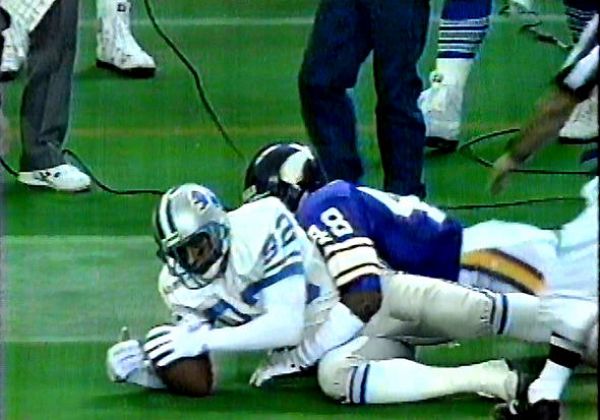 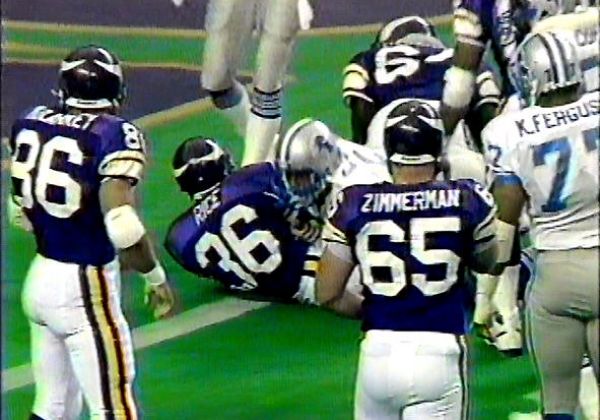 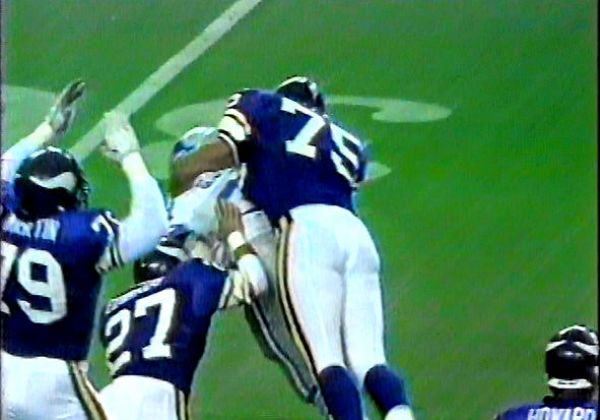 THIS GAME IS MISSING THE FIRST 1:30, STARTS OUT WITH THE LIONS PUNTING. SO ITS MISSING THE OPENING KICKOFF AND THE FIRST LIONS SERIES, A THREE AND OUT.

THIS IS A SATELLITE FEED

CBS Announcers - Greg Gumbel and Ken Stabler
This game contains Game Action only as it does NOT include any Commercials, Halftime or Post-Game Coverage. Its also JIP about 90 seconds in with no score.

Wade Wilson tossed two touchdown passes as the Minnesota Vikings dominated the Detroit Lions 44-17 at the Metrodome. The Vikings jumped out to a 13-0 lead. Allen Rice scored on a three yard run, and Alfred Anderson scored on one yard run. The Lions answered. After a 48 yard Eddie Murray field goal, George Jamison returned a Wilson interception 52 yards to pay dirt and the Vikings lead was cut to 13-10 at halftime. In the third quarter Wilson tossed a 16 yard touchdown pass to Steve Jordan extending the Vikings lead to ten, but again the Lions answered. Rusty Hilger threw an 8 yard touchdown pass to Pete Mandley. Again the Lions were within three. A Chuck Nelson 18 yard field goal extended the Vikings lead to 23-17 as the game moved the the fourth quarter. In the fourth quarter the Vikings blew the game open. Rick Fenney scored on a 20 yard run, Rice scored on a three yard run and Wilson tossed a ten yard touchdown pass to Jim Gustafson. Wilson completed 28 of 35 passes for 391 yards with two touchdowns and one interception. Anthony Carter led all receivers with eight catches for 188 yards. For the Lions, Hilger was just 8 of 22 for 62 yards with one touchdown and one interception. The Vikings held the ball for 41:09, compared to 18:51 for the Lions. The Vikings out gained the Lions 553-89. Detroit was held to just 8 first downs and 21 net yards passing.