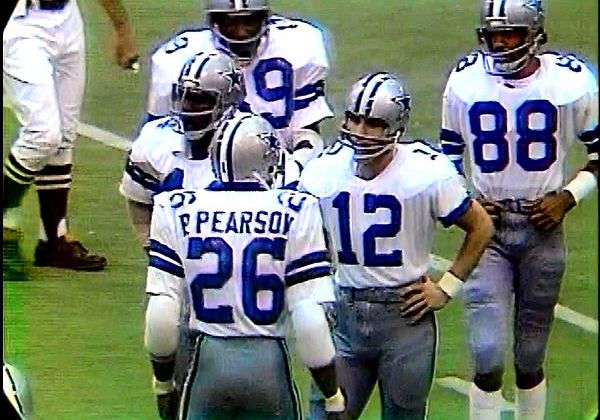 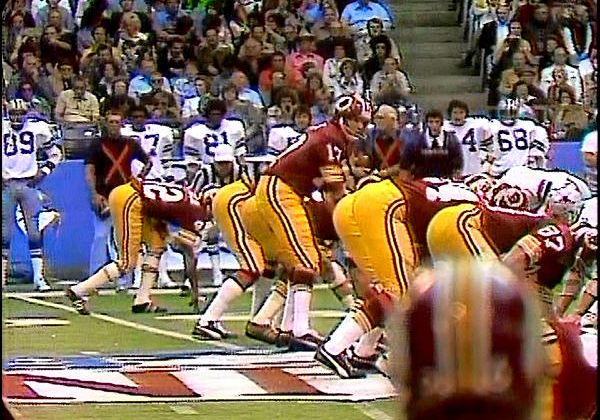 THIS GAME HAS MULTIPLE ISSUES. THE CORNERS OF THE PICTURE ARE BENT, SEE SCREEN SHOTS. THE BROADCAST ENDS EARLY IN THE FOURTH QUARTER WITH DALLAS LEADING 17-10. ITS MISSING THE LAST TWO COWBOY TOUCHDOWNS. ALSO THE LAST 1:47 OF THE FIRST HALF IS A MESS. SOME PLAYS ARE MISSING AND OTHERS ARE EDITED DURING THIS TIME.

THIS IS A SATELLITE FEED. SO THERE ARE NO COMMERCIAL BREAKS, INSTEAD THEY STAY AT THE STADIUM DURING THAT TIME. SOMETIMES YOU CAN HEAR THE ANNOUCERS TALKING.

CBS Announcers - Pat Summerall and Tom Brookshier
This game contains Game Action only as it does NOT include any Commercials, Halftime, Pre-Game or Post-Game Coverage.

In a battle for first place in the NFC Eastern Division the Dallas Cowboys defeated the Washington Redskins 31-10 at Texas Stadium. Both teams entered the game at 8-4 and it was the Redskins who took control early. Mark Moseley booted a 48 yard field goal and Billy Kilmer threw a 14 yard touchdown pass to Frank Grant as the Redskins took a 10-0 first quarter lead. As the game moved to the second quarter, the Cowboys took over. Roger Staubach tossed a 57 yard touchdown pass to Golden Richards cutting the deficit to three. Later Staubach scored on a four yard run giving the Cowboys a 14-10 halftime lead. After a scoreless third quarter the Cowboys put the game away in the final period. Toni Fritsch nailed a 19 yard field goal, Staubach threw a five yard touchdown pass to Preston Pearson and Charlie Waters capped the scoring when he returned an interception twenty yards to the house. However the final two touchdowns are missing from this broadcast. Staubach completed 10 of 19 passes for 153 yards with two touchdowns while Kilmer finished 12 of 25 for 135 yards with one touchdown. Randy Johnson was 2 of 8 for 25 yards with two interceptions.