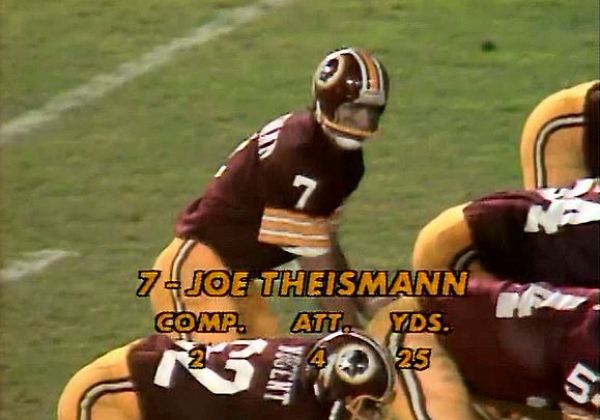 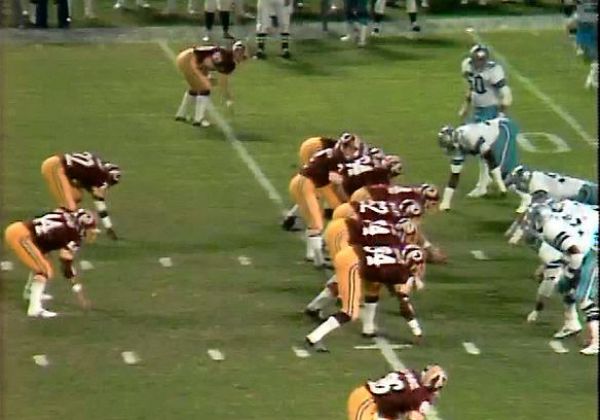 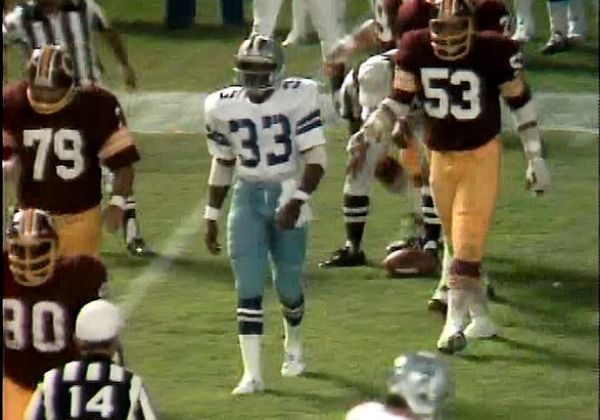 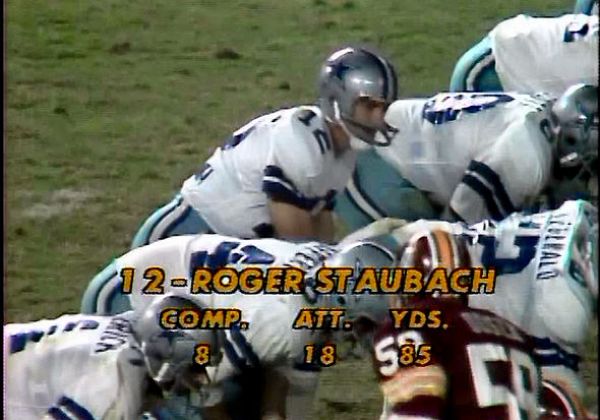 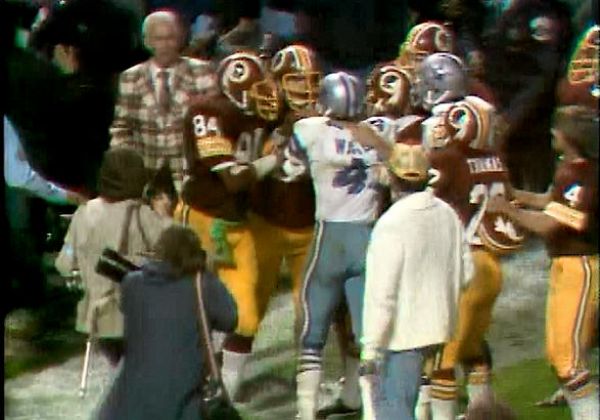 ABC Announcers - Frank Gifford, Don Meredith and Hoard Cosell.
This game contains Commercials and some Halftime but does NOT include any Pre-Game or Post-Game Coverage.

In a defense battle on Monday Night, Mark Moseley booted three field goals and the Washington Redskins defeated the Dallas Cowboys 9-5 at RFK Stadium. The Redskins held the powerful Cowboy offense without a touchdown allowing only a Rafael Septien field goal before taking an intention safety to end the game. Moseley connected on field goals of 42 and 52 yards giving the Redskins a 6-0 halftime lead. The teams exchanged field goals in the third quarter as the Redskins led 9-3. Dallas drove deep into Washington territory late in the fourth quarter but Roger Staubach's pass sailed incomplete in the end zone on fourth and 13 from the 18 yard line in the final minutes. The Redskins took an intentional safety as time expired. John Riggins led all rushers with 96 yards on 16 carries. Joe Theismann completed 11 of 22 passes for 156 yards with an interception. Staubach finished 13 of 30 for 212 yards with an interception.