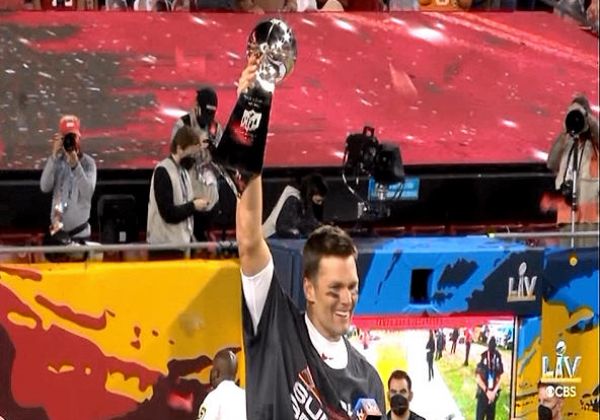 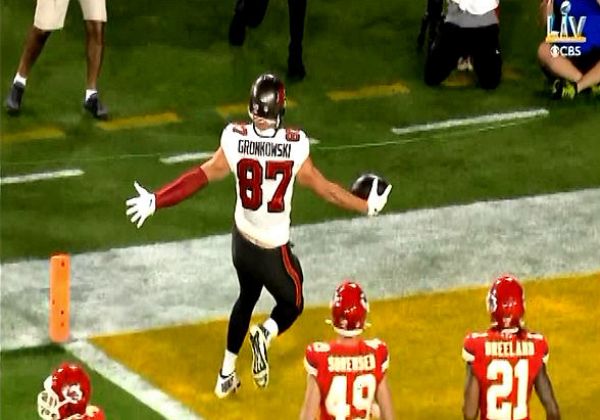 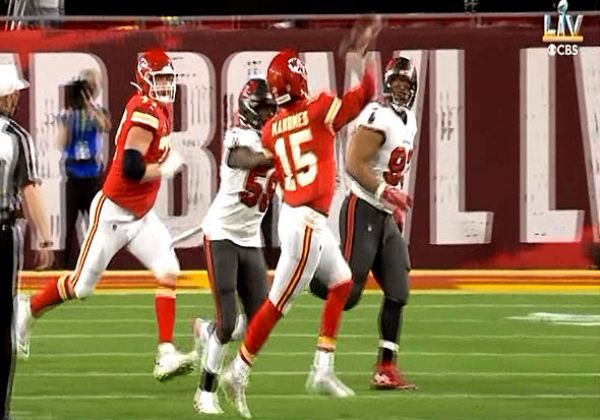 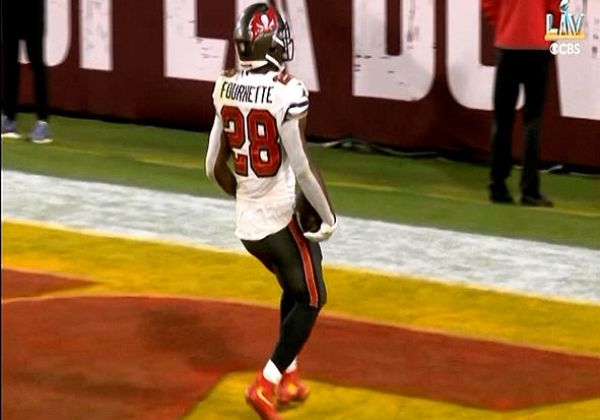 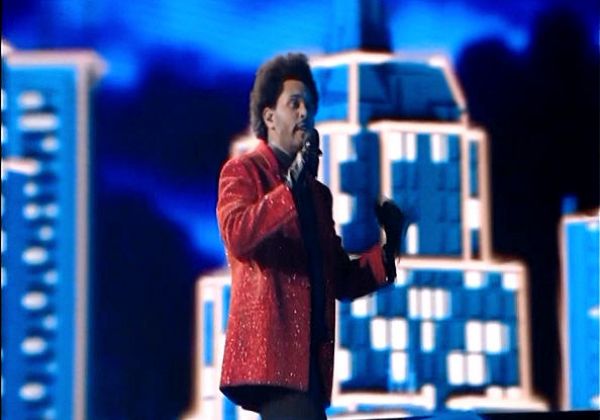 CBS Announcers - Jim Nantz, Tony Romo and Tracy Wolfson.
This games contains the You Tube Life In a Day Kick Off Show, all the Commercials, Halftime, CBS Post-Game and CBS Sports Network Post-Game.

Tom Brady made the Buccaneers, their fans and their city believe from the moment he arrived in Tampa Bay.
With help from old friend Rob Gronkowski and a ferocious defense, Brady and the Buccaneers are Super Bowl champions.
Brady threw two touchdown passes to Gronkowski and one to good pal Antonio Brown, and the Buccaneers routed Patrick Mahomes and Kansas City 31-9 on their home field in Super Bowl 55 on Sunday.
''You get this far and you wanna get the job done and we did it,'' Brady said. ''We just believed. I''m so proud of the guys.''
Despite moving south to a new team and conference during a pandemic, Brady didn't slow down at age 43.
The GOAT earned his fifth Super Bowl MVP award and extended his Super Bowl titles' record in his 10th appearance, nine with New England. Brady broke his own mark for oldest player to win a Super Bowl and joined Hall of Famer Peyton Manning as the only quarterbacks to win one with multiple franchises.
''I think they're all special,'' Brady said. ''I'm not making any comparisons. Experiencing it with this group of guys is amazing.''
Stunningly, it was easier than any of his previous Super Bowl victories, which came by an average margin of five points. Mahomes lost by double digits for the first time in his four-year career.
The Buccaneers (15-5) took their second NFL title and first in 18 years as the first team to play the big game at home, capping an unusual and challenging season played through the novel coronavirus. They won three road games as a wild card to reach the Super Bowl, and joined the NHL's Lightning as a 2020 season champion. The Rays also went to the World Series but lost to the Dodgers.
Mahomes and the Chiefs (16-3) failed to become the first repeat champions since Brady's Patriots in 2003-04.
''I didn't see it coming at all,'' Chiefs coach Andy Reid said. ''I thought we were going to come in and play these guys just like we've been playing teams, and it didn't happen that way. I give them credit on that.''
The NFL completed its 269-game season on time without any cancellations, a remarkable accomplishment that required nearly 1 million COVID-19 tests for players and team personnel.
Due to the virus, only 25,000 mask-wearing fans attended, including approximately 7,500 vaccinated health care workers given free tickets by the NFL. About 30,000 cardboard cutouts made the stadium look full.
A streaker wearing a hot-pink onesie eluded security and slid into the end zone with 5:03 left in the game. Kansas City's high-powered offense never got that far against Tampa's fierce defense.
''Obviously I didn't play the way I wanted to play,'' Mahomes said. ''What else can you say? All you can do is leave everything you have on the field. I feel like the guys did that. ... They beat us pretty good, the worst I've been beaten in a long time.''
Bruce Arians became the oldest coach at age 68 to win the Super Bowl. His mom, 95-year-old Kay Arians, witnessed it in person. Brady, Gronk and defensive coordinator Todd Bowles helped Arians get that Vince Lombardi Trophy.
''This really belongs to the coaching staff and our players. I didn't do a damn thing,'' Arians said after he was handed the trophy.
Bowles devised a masterful plan to frustrate Mahomes and shut down the Chiefs, the complete opposite of Kansas City's 27-24 win in Tampa in Week 12, when the Chiefs jumped to a 17-0 lead in the first quarter. Tyreek Hill had 269 yards receiving and three TDs in that one. He was held to 73 yards on seven catches Sunday.
''Coach Bowles is a mastermind,'' Bucs cornerback Sean Murphy-Bunting said.
After the Chiefs took a 3-0 early lead, it was all Brady and the Bucs.
Brady accomplished a career-first with an 8-yard TD pass to Gronkowski for a 7-3 lead with 37 seconds left in the first quarter. Brady's nine Super Bowl teams in New England produced just three points total in the first quarter. Gronkowski, who came out of retirement to play with his buddy, caught his 13th and 14th postseason TDs from Brady. They had been tied at 12 with Jerry Rice and Joe Montana.