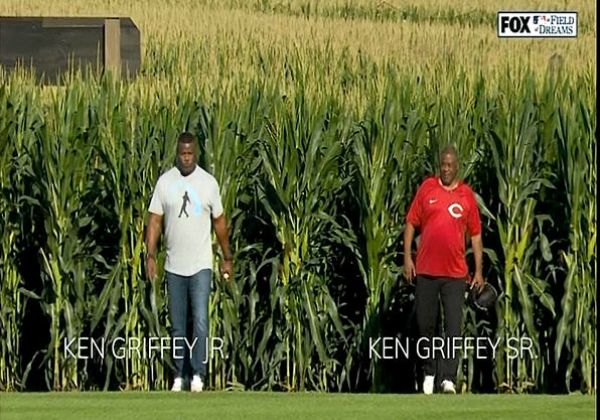 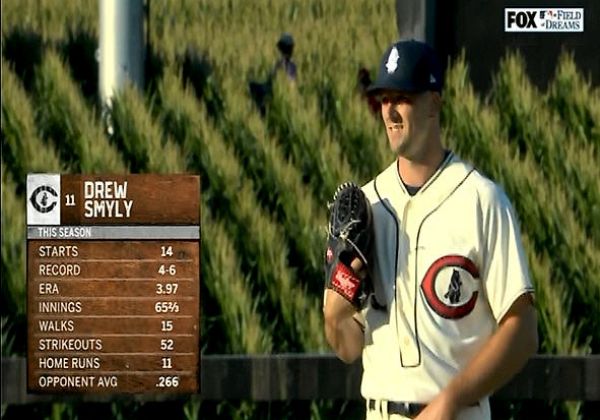 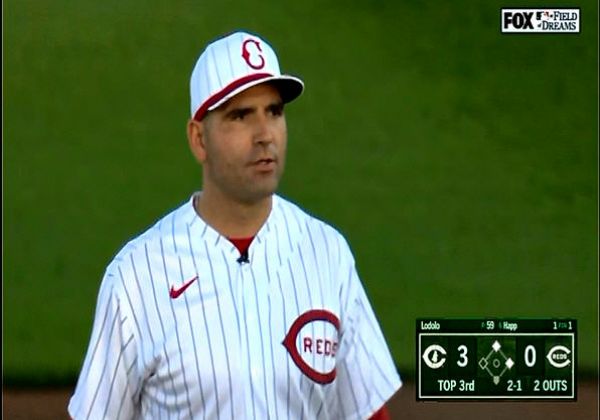 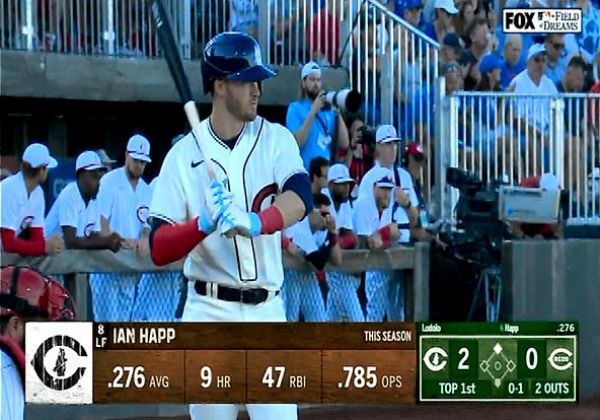 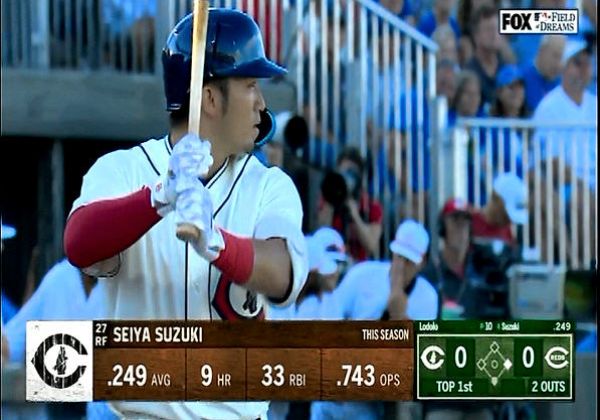 Led by Drew Smyly and a 10-hit attack, the Chicago Cubs beat the Cincinnati Reds 4-2 on Thursday night in Major League Baseball's second ''Field of Dreams'' game. Nick Madrigal had three hits and two steals for Chicago in a throwback ballpark a short walk away from the main field for the 1989 movie. Smyly (5-6) pitched five scoreless innings and Ian Happ had two hits, including an RBI double that drove in Hoerner during a fast start for the Cubs. The night began with Hall of Famer Ken Griffey Jr. and his father emerging from the iconic outfield cornstalks for their own version of a memorable scene from the film, delighting the sellout crowd of 7,823. Billy Williams and Johnny Bench were among a group of Hall of Famers from each franchise that also joined the festivities. Bench stood behind the plate for a ceremonial first pitch from Fergie Jenkins. Backed by Chicago's three-run first, Smyly improved to 3-1 with a 2.49 ERA in his last four starts. The left-hander allowed four hits and walked two while celebrating the fifth birthday for his daughter, Parker. Rowan Wick worked the ninth for his seventh save.