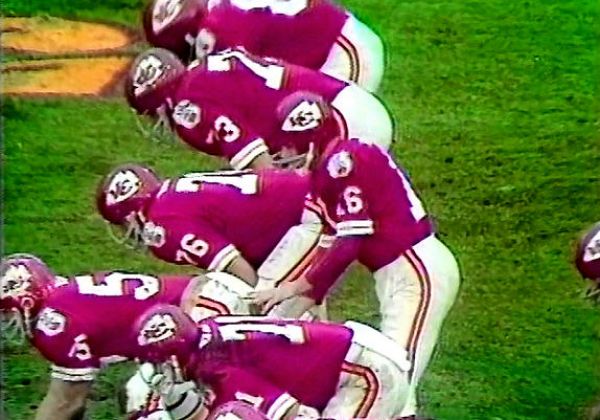 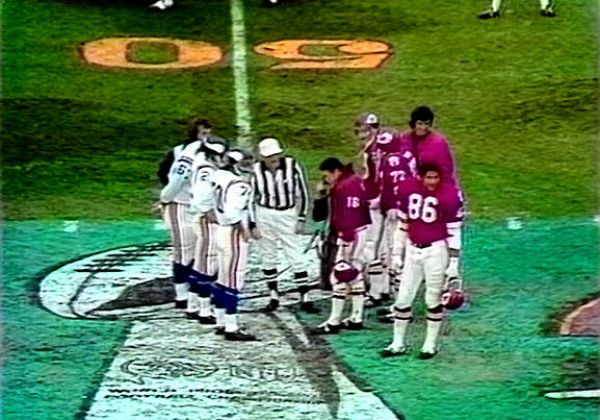 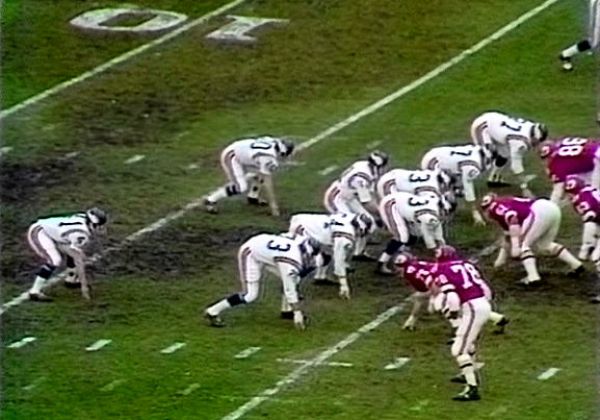 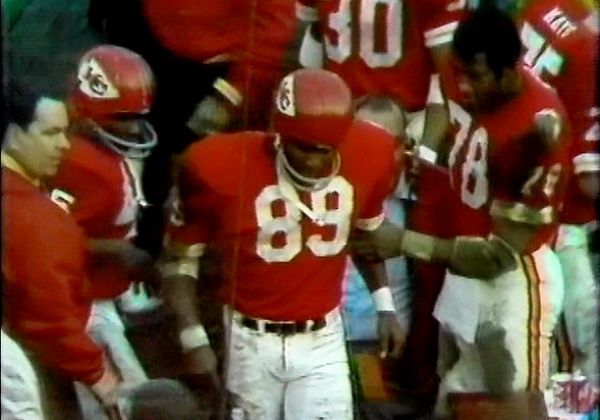 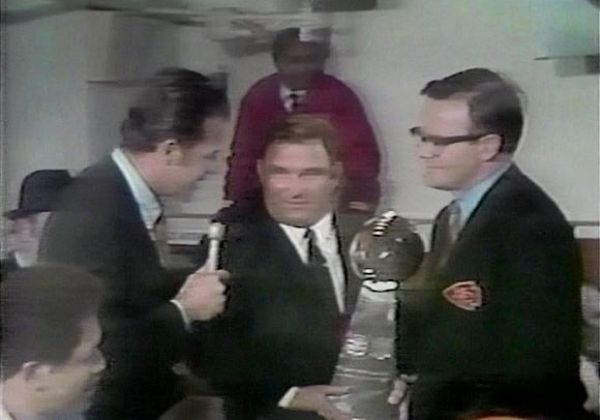 Chiefs head coach Hank Stram devised an effective game plan against the Vikings. He knew Minnesota's secondary was able to play very far off receivers because Viking defensive ends Carl Eller and Jim Marshall knocked down short passes or put pressure on the quarterback. Stram decided to double-team Marshall and Eller; most of quarterback Len Dawson's completions would be short passes, and neither Marshall nor Eller knocked down any passes. Stram also concluded that the Vikings' aggressiveness on defense also made them susceptible to trap plays; Mike Garrett's rushing touchdown would come on a trap play. The Vikings' inside running game depended on center Mick Tingelhoff blocking linebackers. Stram put 285-pound Buck Buchanan or 295-pound Curley Culp in front of Tingelhoff, who weighed only 235 pounds. To Minnesota's credit, the NFL used the so-called light "greyhound" centers while the AFL used big centers. It was a mismatch that disrupted the Vikings' running game. Wrote Dawson, "It was obvious that their offense had never seen a defense like ours." Minnesota would rush for only two first downs. The Vikings began the game by receiving the opening kickoff and marching from their own 20-yard line to the Kansas City 39-yard line with quarterback Joe Kapp completing his first two passes for 36 yards. Kapp's next pass was also a completion but running back Bill Brown was slowed by linebacker Bobby Bell, then brought down by left defensive end Jerry Mays for a yard loss to make it third down, on which Kapp failed to connect with tight end John Beasley. Minnesota rushed for only 6 yards on the drive and was forced to punt. The Chiefs then drove 42 yards in eight plays. Included was a 20-yard reception by wide receiver Frank Pitts after Vikings defensive back Ed Sharockman gambled trying to make an interception. Kansas City then scored on placekicker Jan Stenerud's Super Bowl record 48-yard field goal. After another Stenerud field goal extended the lead to 6-0. On the second play of their next drive, Vikings wide receiver John Henderson fumbled the ball after catching a 16-yard reception, and Chiefs defensive back Johnny Robinson recovered the ball at the Minnesota 46-yard line. But the Vikings made key defensive plays. First defensive tackle Alan Page tackled running back Garrett for a 1-yard loss, and then safety Paul Krause intercepted Dawson's pass at the 7-yard line on the next play. However, the Vikings also could not take advantage of the turnover. Kapp's two incompletions and a delay of game penalty forced Minnesota to punt from its own 5-yard line. The Chiefs then took over at the Viking 44-yard line after punter Bob Lee's kick traveled only 39 yards. A 19-yard run by Pitts on an end around play fooled the overaggressive, overpursuing Viking defense to set up another field goal attempt by Stenerud, which was good to increase Kansas City's lead to 9–0. On the ensuing kickoff, Vikings returner Charlie West fumbled the football, and Kansas City's Remi Prudhomme recovered it at the Minnesota 19-yard line. ("That was a key, key play," said Dawson.) Defensive end Jim Marshall sacked Dawson for an 8-yard loss on the first play of the drive; however, a 13-yard run on a draw play by running back Wendell Hayes and a 10-yard reception by Taylor gave the Chiefs a first down at the Vikings' 4. Three plays later, Garrett's five-yard touchdown run on a trap draw play, aided by pulling right guard Mo Moorman's block on Page that cleared a huge hole, gave Kansas City a 16–0 lead. This play is forever known as the 65 Toss Power Trap. In the third quarter, the Vikings managed to build momentum. After forcing the Chiefs to punt on their opening possession, Kapp completed four consecutive passes for 47 yards and rushed for seven yards. Minnesota also made its first third down conversion as it drove 69 yards in 10 plays to score on fullback Dave Osborn's four-yard rushing touchdown, reducing the lead to 16–7. However, Kansas City responded on its next possession with a six-play, 82-yard TD drive that put the game away.