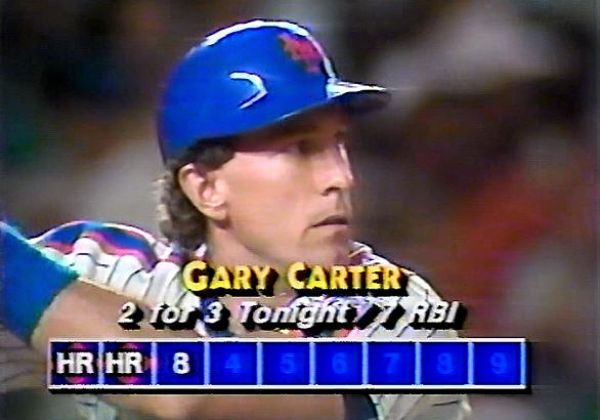 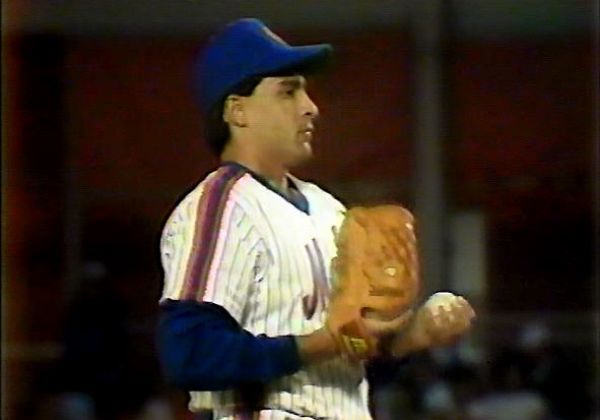 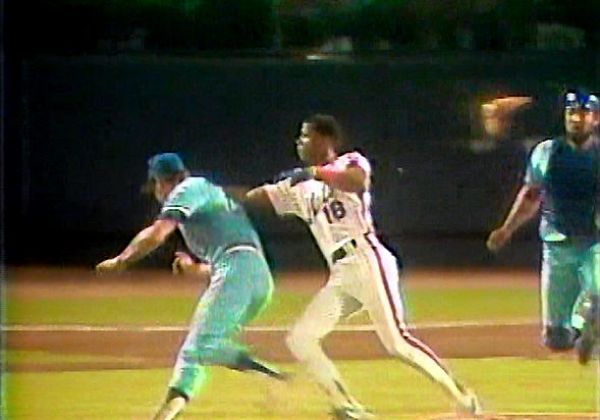 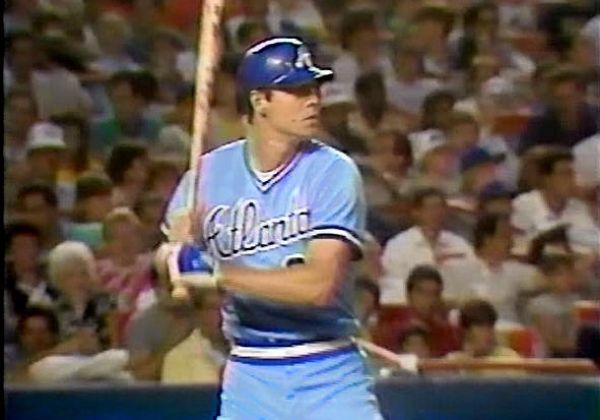 THIS GAME IS MISSING THE TOP OF THE NINTH INNING. NO SCORING IS MISSED.

NBC Announcers - Vin Scully and Joe Garagiola.
This game contains Game Action only as it does NOT include any Commercials, Pre-Game or Post-Game Coverage. The broadcast also ends after the eighth inning.

Sid Fernandez pitched a complete game 2 hit shutout as the New York Mets defeated the Atlanta Braves 11-0 at Shea Stadium. Fernandez walked three and allowed two hits, a double to Andres Thomas and a single to Terry Harper. He also struck out nine. Gary Carter led the way with 2 homers and 7RBI, and that was in the first two innings. He hit a three run homer in the first and a grand slam in the second. After his first inning homer, Braves starter David Palmer hit Darryl Strawberry. He charged the mound and the benches cleared. Neither player was ejected. Palmer would be replaced after allowing Carter's second inning grand slam. Fernandez also was three for four at the plate. He scored two runs and drove in another. Lenny Dykstra, Wally Backman and Ray Knight all had two hits apiece.