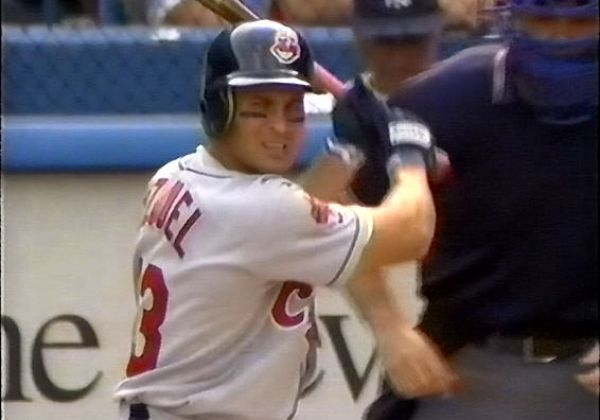 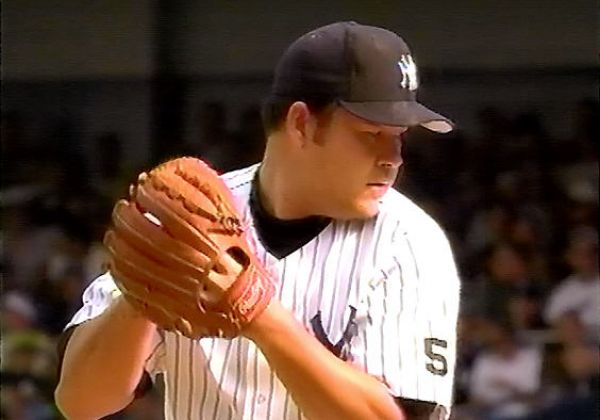 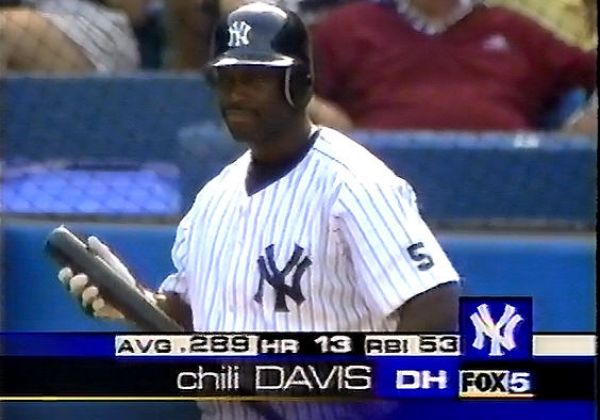 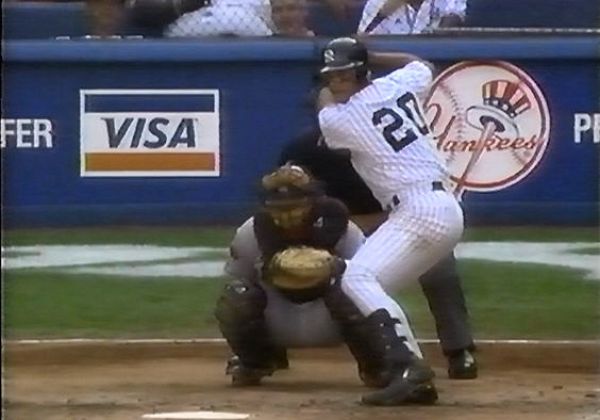 FOX5 New York Announcers - Bobby Murcer and Ken Singleton.
This game contains Commercials but does NOT include any Pre-Game or Post-Game Coverage.

The New York Yankees followed up yesterdays extra inning comeback win with a 21-1 thumping of the Cleveland Indians at Yankee Stadium. The win was the fifth in a row for New York but the last three were one run victories. This one was never in doubt. The Yankees scored four in the first, one in the fourth, seven in the fifth, six more in the sixth and three in the seventh. The Yankees scored 21 runs on 21 hits. Chili Davis led the way going 5 for 6 with a double, homer and 6RBI. Jorge Posada finished 4 of 6 with 3RBI. Scott Brosius also homered and Rickey Ledee after coming in as a pinch runner, was 2 for 2 with 3RBI. Hideki Irabu coasted to his seventh win, allowing one run over seven innings. He allowed seven hits and one walk, while striking out seven.